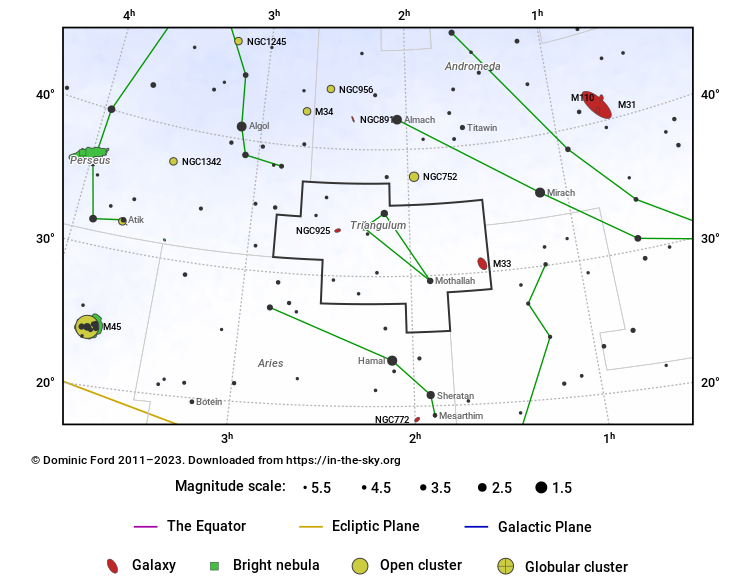 Triangulum is a small yet ancient northern constellation, nestling between Andromeda and Aries. It appears highest in the evening sky in the months around October.

Comprising simply of a triangle of two third magnitude stars and one fourth magnitude star, it is far from conspicuous. In ancient Greece it was known as ‘Deltoton’ because it resembled a capital delta (Δ).

Although it is home to only one bright deep sky object, it is a significant one. The Triangulum Galaxy (M33) is a member of the Local Group of galaxies, and the second-closest galaxy of comparable size to our own.

M33 is a spiral galaxy like our own, and orientated in an almost face-on orientation so that its spiral structure is finely displayed. However, this also means its light is spread over a large sky area, comparable in size to the full moon. The slightest light pollution makes it quite impossible to make out its diffuse light. 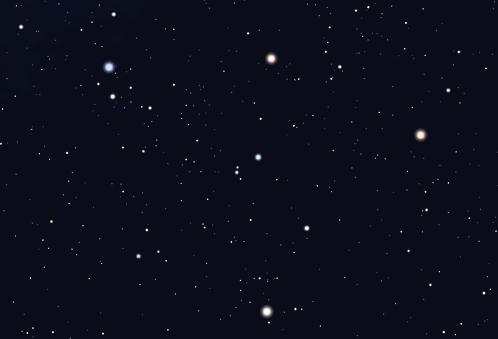 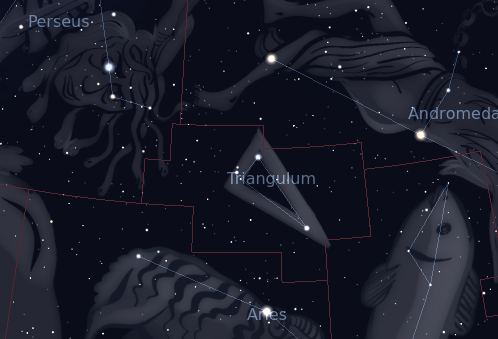 The constellation Triangulum as it appears to the unaided eye. Roll mouse over to see labels.
Source: Stellarium.